More rewarding when you

Siliguri is situated at the base of the Himalaya mountains in the plains of Darjeeling District by the side of River Mahananda. It is the 2nd largest city in West Bengal and known as the gateway of North-Eastern India. The strategic location of the place makes sure that travellers to the North-East has to pass through Siliguri. It is also the commercial capital of the region. The Sub-Division is bounded on the North by the Sub-Himalayan ranges and on the South by Bangladesh, U-Dinajpur & Bihar On the East lies Jalpaiguri District & Kalimpong Sub-Divn and boounded on the West by Nepal.

Siliguri got its Sub-Divisional status in the year 1907 and presently it has got four(4) C.D. Blocks namely Matigara, Phansidewa, Naxalbari & Khoribari and one Corporation area - Siliguri Municipal Corporation under its administrative jurisdiction. The Sub-Division comprise of 7 Police Station & 22 Gram Panchayats and presently 3 Nos. of Assembly Constituencies.1) 25-Matigara-Naxabari. 2) 26-Siliguri & 3) 27-Phansidewa-Kharibari(ST), all under 4-Darjeeling Parliamentary Constituency. The Geographical area of the Sub-Division spreads over 837.45 Sq. Km and the rural population is around 5,33,979. The Sub-Divison has got a long 19.32 Km International Border with Bangladesh.

Siliguri is not a very old city, but it has seen waves of massive immigratiion over thhe years. It is a cosmopoliton city with a widcross section of people living peacefully upholding the traditional spirit of Indian republic. The City is situated at 122 mtr above Sea-level, having an average annual rainfall of 323 cm. It is considerably cooler than the Southern and Central regions oof West Bengal- Summer temperature rarely exceeds 38 deg Cent and winter mean minimmum temperature rarely falls below 4 deg Cent. The whole region is popularly famous for three(3) T's - Tea, Timber & Tourism.

There are forty five(45) Tea Gardens to spread over the Blocks of Sub-Division. The two important adjacent areas - Mahananda Wild Life Sanctuary & Baikunthapur Forest contribute a lot iin the micro-climate of the town. Siliguri has the best commnication network in the region.The nearest important Railway station is at New Jalpaiguri(NJP) under N.F. Railway just 3 kms away from the heart of the City. Bagdogra Airport at a distance of 12 Km is the only airport which also caters the need of Sikkim. The National Hiighway 31 & 55 connect Siliguri with other major places of North-Eastern India.

Places To Visit In Siliguri 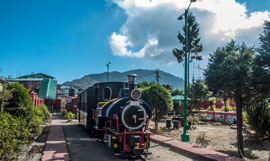 Also known as the DHR or Toy Train, that runs between New Jalpaiguri and Darjeeling of West Bengal, India. 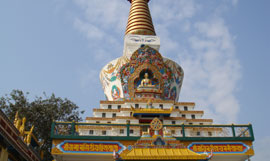 Salugara Monastery is among the most frequented revered places, located in the outskirts of Siliguri. 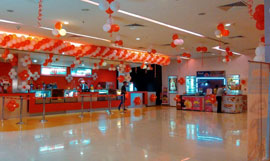 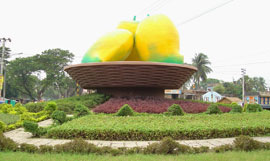 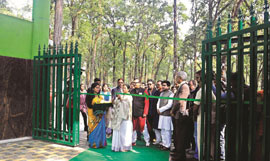 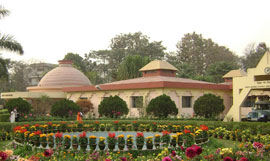 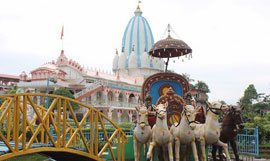 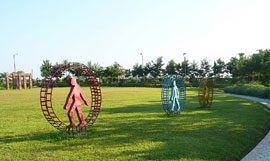 Founded by Indian Army Madhuban Park is a spectacular park located in the outskirts of Siliguri. 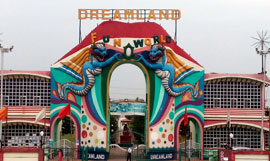 Dreamland Amusement Park is a wonderful place of fun and amusement activities at Siliguri. 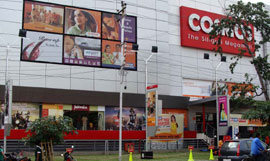 It is the prime downtown shopping centre of Siliguri, offering a lively mix of Fashion Brands, Entertainment and Food.